As it is the first Friday in May, we have come to our second contemporary Dada artist feature: Keith Chambers, aka: Amalgamated Confusion.

About himself, Keith Chambers says, “I am not a dadaist, basically because I was born way after 1916, but also, I am not a nihilist. An iconoclast, maybe, but not a nihilist. Nonconformist is a good moniker.” He has also said, “. . . for the record, I cannot claim to be a dadaist, but instead, a neo-dadaist . . . I blame it all on time, but time seems to be blameless . . . ?”

Both are very Dadaist statements, as Dada hates to be labeled and instead prefers to break boundaries even as it sets them. In donning one, he seems to be casting it off at the same time. His work may speak more forcefully.

If you have been following the Friday Dada posts, you will have seen some of Keith’s work earlier. I have assembled those pieces along with a few older and newer works for your perusal. Enjoy!

Dada is self aware – Keith Chambers 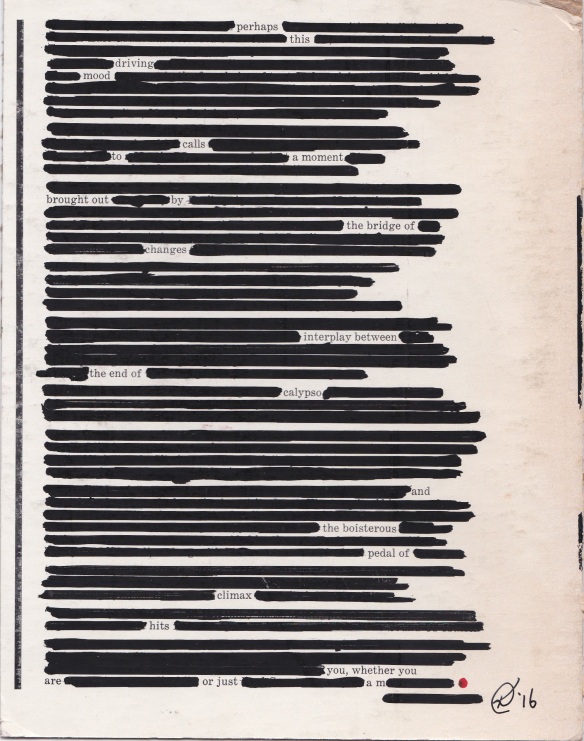 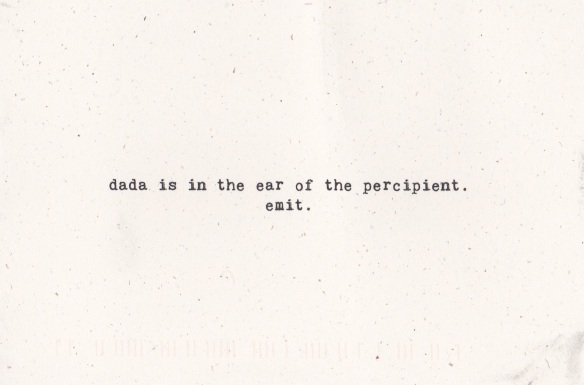 dada is in the ear… – Keith Chambers

The following photos document the most recent mailing from Keith to celebrate the Dada Centenary 1916-2016. It includes his Sunflower Tank commemorative artistamp sheets. I hope you enjoy perusing them as much as I enjoyed receiving them. 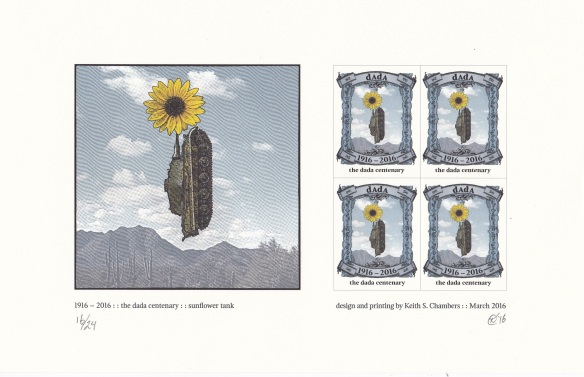 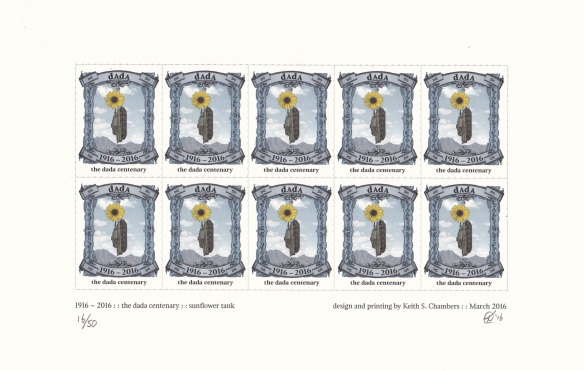 Keith’s work never fails to provoke deep thought, at least not in this recipient.

Dada hit the New York scene in 1915 and largely, it stayed there for eight short years. Why leave? Why New York? Who were the New York Dadaists? What was their angle? What did they hope to accomplish?

This week, I challenge you to dig in, to read about Dada in New York. I could conceivably write a fresh piece from my perspective, but I feel that there are several good sources online that can acquaint you with the basics and guide you on to further information, should you be so curious. I present you with three such links to start you off.

Every search will turn up something from wikipedia, from the mundane to the obscure. I’m not its biggest fan, but it’s a place to get generalities, a good starting point, if you will.

Dada Art has an extensive website devoted to Dada. I especially appreciate its page of Dada links, all which are quality references.

If you want to learn anything about modern art whatsoever, MoMA, is definitely the way to go. Factual and yet, interesting.

In closing, I’d like to thank Keith Chambers for the use of his images, including the collaborations with Charlie Holt, and those sent to him in recent weeks. Thanks to Charlie Holt, Linda French and Denise Woodward also.

May you all take time to learn a little bit about the origins of Dada in New York and may you connect with your inner Dada.