It isn’t often that a call of this caliber enters my radar, but when it does, be rest assured I’ll be passing the information on to all of you!

Netflix has received so much great envelope art that they have issued a call for art for their fall 2016 mailers. That means a chance for us to get our artwork printed and distributed to the masses. Yes! You read correctly. Although the streaming portion of Netflix is more popular than its DVD home delivery service, they still have 5.3 million subscribers who receive movies by mail. Multiple that number by the 3 or 4 movies each subscription has in their possession at one time and… BAM! That is a number too great to ignore when you’re trying to get your art out there.

They are looking for art that falls under the themes of Back-to-School, Fall and Halloween. You can find all the details in the link below.

Best of Luck! Be sure to share with us here if you’re participating, so we can cheer you on!

The following postcards were mailed within the past two weeks. Some have already landed, while others are just about to do so.

These two were created as one piece and cut in half. 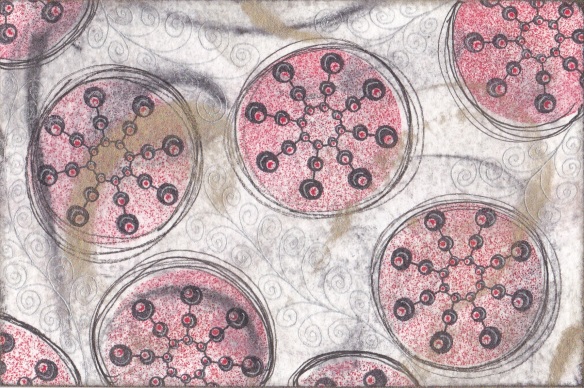 Ephemera shows up from time to time in my collages. This is one of my faves. Using a page from an S&H Green Stamp book, I built upon it with fiber, paper scraps and machine stitching.

The Dada Doodle below is another from the Silver on Black doodle series. 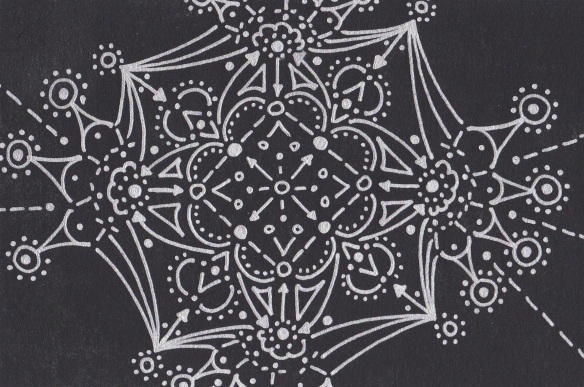 Simple minimalist collages are often the most effective. The elements in this one came from stickers on consumer shrink wrapped packages. No glue required! 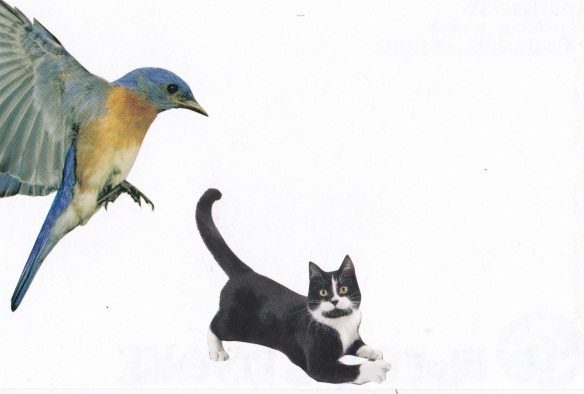 Tomato Salad is another in the Consumer Consciousness series that took what seemed like forever to complete. 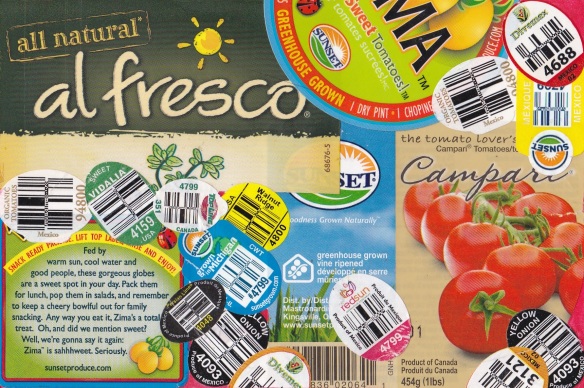 The last piece was created in response to a call from a mail art friend to send her a word on a postcard. She’ll be using them to compose poetry, so I have decided to send her one a week. 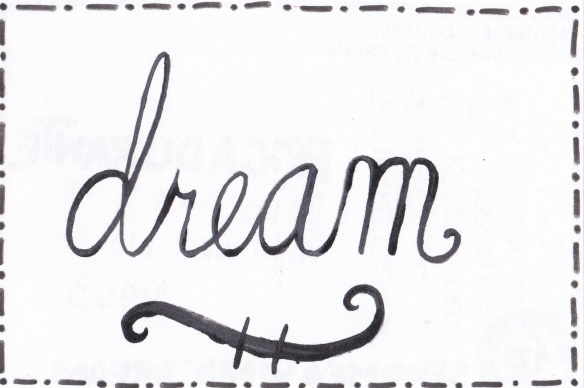 Having just switched to Daylight Savings Time here, Spring is straining to break the bonds of winter. So am I. This post will publish on Saint Patrick’s Day. I will be doing a bit of celebrating, but I hope you’ll enjoy this post in my absence. Beannachtam na Femle Padraig!

This first piece took a very long time to assemble, two years, I think. Using only yellow, orange and green sales stickers tends to limit one. It was built around the Belgian Chocolate label. Dreams of Spring is one of the latest pieces in my Consumer Consciousness Series.

Recently, we made a lengthy drive to visit family in South Carolina. There was so much visiting to be had that I only had time to doodle here and there. Follow the Silver Doodle Map to DADA is what transpired. 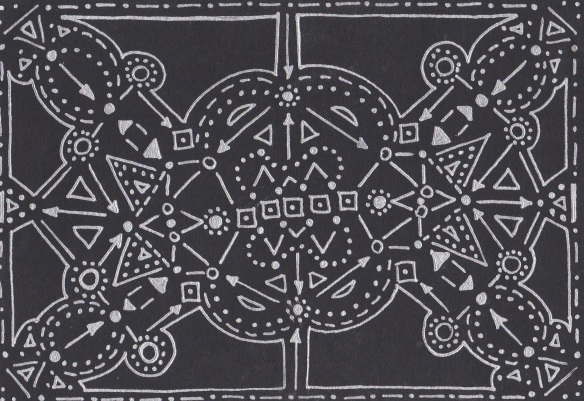 Another in my Consumer Consciousness Series, this piece also took ages to complete. I had originally meant it to be an entry for the RED Show mail art call issued forth by Mick Boyle of Conneaut Lake, Pennsylvania.

This next piece is an envelope made from the wax paper I use as my acrylic palette when painting. It was folded, the sides were stitched and it was sealed and reinforced with hand-painted washi tape. I stuffed the inside full of all sorts of goodies. 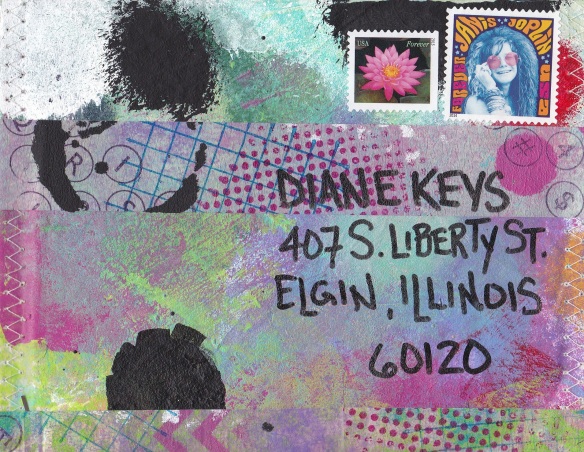 A flub-up turns scrap, then becomes mail art in this piece for Moan Lisa:

That’s all for now.

The first week’s ICAD catch-up is always a full post. This time around, there are eight pieces to bring us up to date.

Day one was a hodge-podge. I began with the 4×6 index card, stitching and gluing scraps to it until I liked what I saw. It’s pretty enough to be a mini journal cover, don’t you think?

My second ICAD was a little simpler. I worked with a piece of Tim Holtz packaging and a scrap of Christy Tomlinson paper for my background. I was inspired by the baby blue. The message really spoke to me.

Day three found me stitching a piece of painted canvas to my index card and stitching and stamping and gluing my way to a garden themed piece. The book paper leaves were cut from the first page of an old copy of The Secret Garden. I think I might use this one as my Whimsical Garden Card Exchange piece.

Calypsos Dream was a simple piece. Torn card stock was first glued to a black index card and the circles punched from an envelope lining were added atop. I like the movement of this piece.

Rustic Nature was also created on a black index card using a scrap of paper, a piece of an old book spine, a found rusty circle, a slice from a champagne cork and a circle punched from a scrap of sandpaper. I really liked the look.

In need of a easy piece for Day 7, I reached for a card on which I had already inked a background. I stuck three chip board circles onto it and began doodling. This was the result. 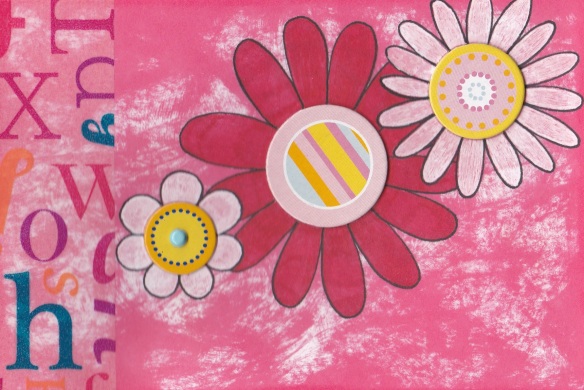 It seems like black is calling to me in much the same way that orange did last month. This next piece was also created on a black index card. It had a more playful tone than my previous black pieces.

Thanks for checking in on my ICAD progress. Our next update will come on Monday, June 16th!